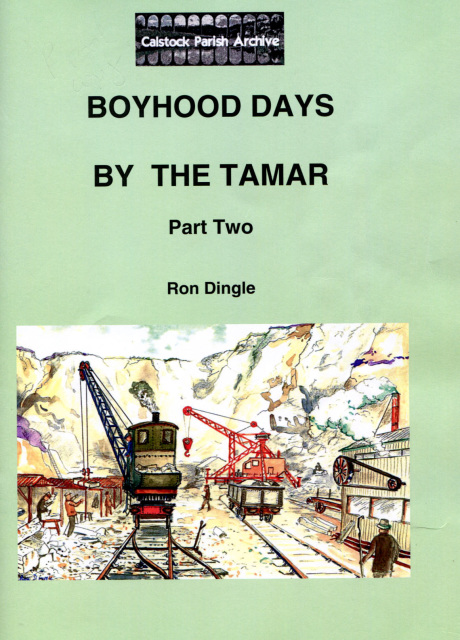 (This is a continuation of Ron’s manuscript)

This was a time when Sundays meant Sunday school and church or chapel, although behaviour was not always as it should be.  There was no television, instead families gathered around the “wireless set” or exchanged gossip with friends and neighbours.

In May everyone turned out to help in the hay fields which gave Ron and his friends an opportunity to sneak cider from the earthenware jar put there for the farmers to slake their thirst. Summer was whortleberry time on Kit Hill where Dad was a quarry worker. Fruit pies and “Hert Gin” were the order of the day.

In October there was the excitement of the Honey Fair in Callington - Anderton & Rowlands fair for the children, stalls and cafes for the ladies and beer flowing in the local hostelries for the farmers.

The Second World War came along and men were “called up” to the armed forces, the older men joining the Home Guard and the evacuees arrived.

All this recorded with beautiful coloured illustrations in this 80 page A4 book which the Archive has put together. Anyone who has read the first volume covering Ron’s earlier years will find this book just as entertaining.